Home » Why dogs lick human face & How to Stop it.

The number 1 reason why dogs lick your face is to show affection and respect. And that’s the reason they are so loved by humans.

I thought every dog licks, and that’s perfectly normal. But then as I came across certain research findings, I was really intrigued by the fact that there are underlying reasons behind licking.

From that day, I take my dog’s licking behavior a bit more seriously and try to understand what that purpose is.

In this article, I will take you through all possible reasons for dog licking face and discuss an alternative thought on not allowing licking.

7 reasons dogs lick face and why you should let them do it.

Licking face is a behavior dogs learn as puppies. It’s the ultimate way for them to show affection.

In a 2015 research, 6 children were put to test who was suffering from severe emotional disorders. It was found that the emotional stability of the 6 children improved and greatly affected their learning ability.

So, who wants to miss out on such levels of affection!

Licking as a way of expressing submission and respect is common in dogs and wolves. When they are in a pack, the lower order dogs usually lick the faces of the alpha dogs to show respect.

In the case of your dog, you are the alpha, and that’s the reason he licks you. They might even do it to your children. Because children are a part of your family pack, and it means they respect your children too.

Anxiety or nervousness can also lead your dog to lick your face. I found this happening with my dog, Max. Every time a stranger came to our home, he started licking my face.

I was annoyed at first. But then realized that it might be a way to express their anxiety.

But keep in mind, if the licking increases beyond normal, you should see a vet ASAP.

Did you know dogs have certain receptors in their mouth and nose, that they use to analyze human sweat?

Your dogs lick and smell you to understand your emotional state. They can understand whether you are happy, sad, excited or in fear.

The rush of adrenaline and certain other traits of your sweat can give him an emotional signal. So, sometimes licking is a just routine check up on you!

Watch your dog carefully. If he comes up and starts licking you before feeding time, the chances are that he is already hungry. I learned this way back when I was training my puppy dog. And every time it was time for food, he came running and started licking me.

This is a trait they developed when they were puppies. They stimulate their mother’s lips as a way of asking for food.

Whenever I talk with dog owners, I always tell them to keep themselves clean.

Otherwise, you can become a subject to your dog’s daily grooming.

Dogs lick their own bodies to get rid of dirt, sweat and bad smell. So, if your dog senses bad odor and dirt, he might start licking you.

It’s so sweet if you like that. But I prefer to keep myself clean, so I don’t end up getting licked all over.

Our sweat has a taste of its own. And I found most home dogs love the taste of sweat. They might also lick you because they get pleasure in doing so.

Any type of physical contact with your dog will increase their oxytocin levels. Oxytocin is the attachment hormone in dogs that creates a sense of love in them.

Licking is more direct than mere physical contact. So, every time he licks you, he is loving you.

Alternative thought: Why you shouldn’t let your dog lick you?

These are the following reason why letting your dog lick you is not a good idea:

#1- Their mouths could have been in unwanted places.

You never know what your pet was licking before it came to you! He could have licked his own genitals or even a slurp at their own feces.

You don’t know what sort of bacteria your dog is carrying in his saliva. Some of these bacteria can cause diarrhea and other illnesses. Salmonella and Pasteurella are some of the common bacteria thriving in a dog’s mouth.

Licking will never improve your immune system and not when there are parasites in your dog’s mouth. It can lead to diarrhea and infections on rare occasions.

How to stop your dog from licking you?

#1- Don’t encourage them to lick you! The more attention you give to licking, the more they do it.

#2-  Use negative verbal and physical activity to let them know you don’t like it.

#3- Put some lemon spray on your face and skin. They won’t like the taste of lemon and will refrain after a few tries.

#4- Turn away your eyes and face when your dog comes to lick you.

Check out this video for more!

Dog training for a new baby- All you need to know!

The Beginner’s Guide to Socialize a Dog with Humans.

7 Reasons why your dog is scratching.
Why dogs eat grass- The ultimate truth revealed. 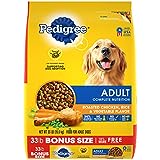 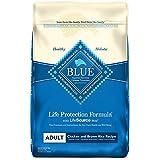 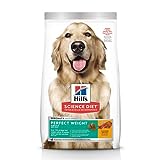